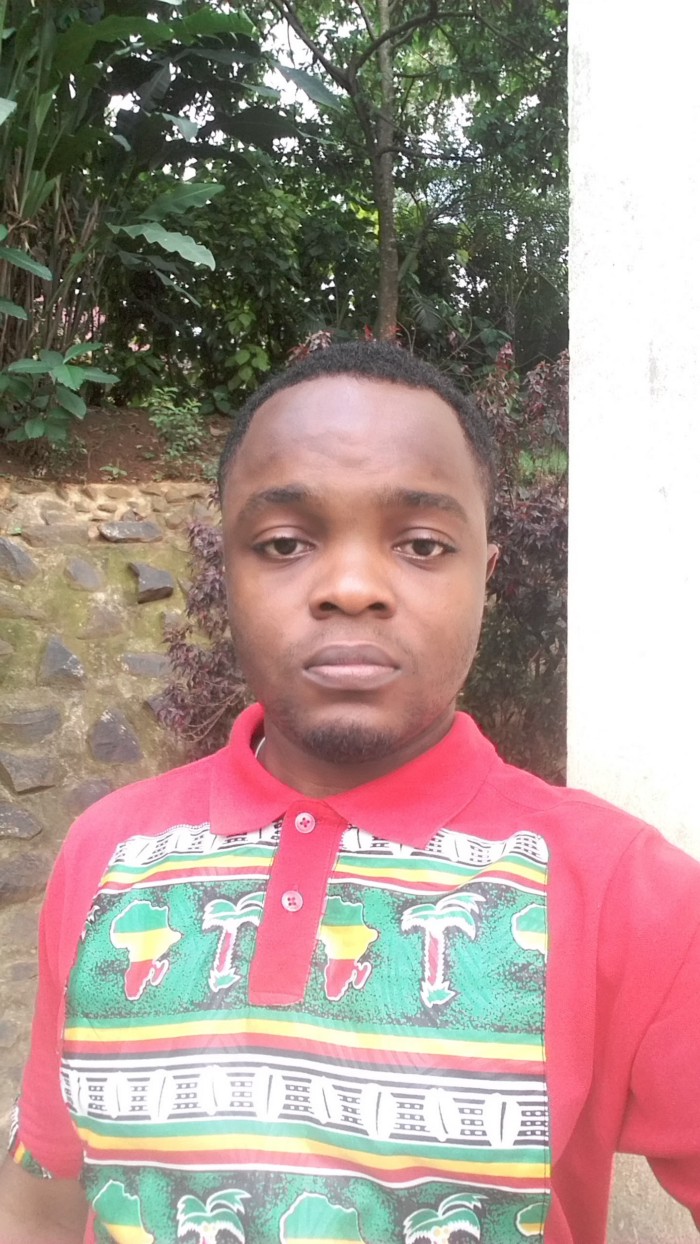 Willful nativism humiliates an ambitious African who realizes he doesn’t fit the image of who America imagines her immigrants to be.

Let me introduce you to my namesake. Thirty-three years ago, I served as a Peace Corps Volunteer in northwestern Cameroon, a mixing bowl of cultures and languages, straddling the equator south of Nigeria. My work there was focused on helping local women set up and run consumer cooperatives. One evening over big green bottles of warm Beaufort, a friend of mine, Ignatius, who taught at the local secondary school, confided his Form 5 Students could use a literature teacher to help prepare for the entrance exam into high school. I signed up on the spot. What could be more fun than to deconstruct Lord of the Flies with Njinikom’s best and brightest? Not long after, I introduced Ignatius to the woman whom he later married. They had children and named one of their boys after me: Tom McMakin Chiambeng. To this day, I am honored.

I’m the other Tom, the namesake. I just graduated from the Catholic University of Cameroon. There, I applied myself and excelled at banking and finance. Don’t be fooled, however. My true love has always been creative writing. I grew up devouring the used American dime-store novels that are sold on straw mats in the market next to the cocoyams and kola nuts, working to imitate how the authors made a story jump off the page, cooking up spicy stews of dialogue, telling detail, interior monologue, metaphor, and plot. My mother passed away some years ago and since then I have tried to help out at home, taking the trash out and fixing meals for my younger sisters and brothers. Then, after they fall asleep and by the light of a lone bulb in my bedroom (and a kerosene lantern when the electricity fails), I complete my homework and write meandering stories about daily life in Cameroon. I scribble in a simple ruled notebook with a pencil sharpened with the knife from the kitchen. As often as not, I shelve my work, understanding that to be a writer is to apprentice oneself to the craft and that can be a long and often lightless path. Last winter, I dared to send my “uncle” (the white Tom whom you’ve just met) a draft of a spy novel I had written, set among the broad French colonial avenues and shanty-town slums that is our capital, Yaoundé. I was fond of my protagonist, a dashing modern man of Africa, a mash-up of Chiwetel Ejiofor and Jason Bourne. Or maybe he’s just me — as I imagine myself.

When I received Tom’s novel by email, I felt a little like Leonardo DiCaprio (work with me here) when he gets handed a script by a limo driver. How will I tell Tom that writing fiction is a tricky mountain that others have died trying to climb? Then I read the first ten pages and was hooked, inhaling the manuscript in one late-night binge. The next morning, I wrote Tom on WhatsApp: “Have you ever thought of getting a master’s in fine arts in the United States?”

Was my “uncle” offering to help me with my most secret and earnest dream? From my first days scratching out stories on a chalk slate (who had money for paper?), I knew I wanted to follow in the footsteps of my heroes — Achebe, Oyono, Soyinka, Ma, Thiong’o and Mengestu. Had my dream arrived like a jet plane from the West, offering a future of promise? He wrote, “The University of Montana has a well-respected MFA program. You should apply. Mary and I will be your surrogate parents. Bozeman’s not far from Missoula. Fly here, adjust during the summer and matriculate in the fall.”

Together we suffered through the red tape necessary to successfully apply to an American university: I-901s, university transcripts, application fees, and, importantly, statements showing my father’s net worth (augmented with help from a rich great Auntie) demonstrating the ability to pay the out-of-state tuition. When I pushed “send” on the application, my father and I went to church to pray.

Teaching foreign students at American universities is big business. In 2018, institutions of higher education contributed $37 billion to the US economy. Students come from China, Latvia, Malaysia, Chile, and even Cameroon. I know they have come from Cameroon because my wife, Mary, and I were fortunate to know a young woman (It’s probably best to keep her name on the QT as her right to study abroad, as granted by the Republic of Cameroon, is, at best, fragile) who enrolled in Montana State University in computer engineering. I still remember her recovering from the flu in our guest bedroom, cursing the bitter mid-winter cold. “How’s twenty below even possible? When I applied to MSU, the website had pictures of students in shorts bicycling through trees.” This young woman was terribly bright and was soon accepted as a transfer student to MIT where she graduated and from which she also earned a master’s degree. From there, she enrolled in a Stanford PhD program. She is on her way to being drafted by one of the big-league franchises — a Google or Amazon, perhaps — drinking fully from the cup of the American Dream.

The day I got accepted into the MFA program, I cried. My father, who grew up in the early days of our country and is a stout patriot (as well as being a bit melodramatic), admonished me: “Go learn this work of writing and come back. Your pen will give voice to those of us still here.” He couldn’t have been prouder.

Within several months, I was granted an interview by a consular officer at the United States Embassy on Avenue Rosa Parks near Rond Point Bastos in Yaoundé. Wearing a new black suit, I tried to remember all the coaching I’d been given by friends who had been previously granted student visas. “They want to make sure you are not going to be a taxi driver.” “Make sure your father’s banking documents are in order.” “Don’t worry about how short the interview is. They only take a minute or two to make their decision.”

I presented my necessary paperwork, neatly wrapped in oilpaper to protect it from the rain. An elderly American woman with improbably large glasses asked why I wanted to study in the United States and then, without blinking an eye, she said: “I’m sorry, but I have to deny your visa.” She proffered no more an explanation than a green type-written piece of paper; it was the dreaded article 214(b) of the U.S Immigration and Nationality Act. “That’s the law.” Devastated, I looked to hide my humiliation. What could she mean? I was going to learn to be a writer (not sneak into America). Then I understood her meaning. I was from a poor country going through a tumultuous period and my dream was just too audacious to be believed. The irony of standing there on Rosa Parks avenue in my new suit, skinny and hopeful, only to realize I did not fit the image of who America imagines her immigrants to be, was not lost on me.

There is much talk in the United States about closing the “back door” to illegal immigration, particularly along our southern border. Tom tried to go through the front door, but it was closed, and he is not alone. For the fourth year in a row, the number of student visas for foreign students has dropped. The statistics for single African men are much worse. Not a single African country is counted among the top ten source countries for foreign students. Indeed, all of Africa combined wouldn’t have made the top ten. This talk I hear of recruiting the world’s best and brightest through merit-based immigration policy is a lie that masks systemic and willful nativism.

I can only hope that next year I will get lucky and the doors of the greatest home to higher education in the world will re-open. My hat is off to my countrymen and women who have successfully made their way into the halls of America’s best universities. One of them, Harriet Anena from northern Uganda recently acquired what seems nearly impossible for me now, a student visa. I wish her Godspeed and luck in finding the full funding she needs for her course work. And to her and the diminishing number of Africans receiving U.S. student visas, I say: “Come back. We need your voice, singing the praises of our ancestors. As my father would say, “Our people depend on it.”

Tom McMakin is the CEO of a boutique consulting firm in Montana and has published two business books, Bread and Butter (St. Martin’s Press) and How Clients Buy (Wiley). Tom McMakin Chiambeng works for a Cameroonian electronics distributor and continues to write his fiction at night.