Calling Africa: Why the Forgotten Continent Can Be the Next Global Factory – PIE | Profitable Ideas Exchange 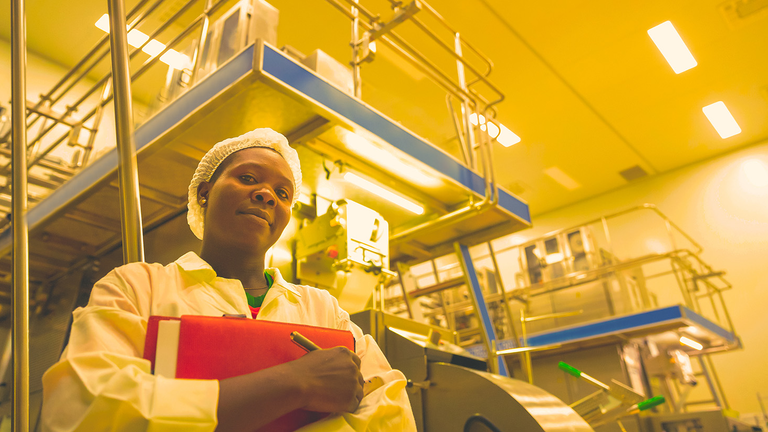 It’s well-placed to grab a bigger share of global manufacturing in the coming years.

Over the past two decades, low-cost manufacturing has transformed China and a group of other developing countries including Thailand and Vietnam.

Manufacturing now makes up around 40% of China’s GDP, 26% of Thailand’s and 16% of Vietnam’s, playing a vital role in reducing poverty, expanding the middle class and fueling consumption.

That will sound unlikely to the many people who see Africa as synonymous with extreme poverty, conflict and instability. But anyone who understands the nuances of the vast continent knows that African countries are well placed to grab a bigger share of global manufacturing in the coming years. It’s a crucial strategy if they are to move up the value chain from the grueling and poorly paid jobs in resource industries and agriculture that have traditionally dominated African economies.

To understand Africa’s potential as a manufacturing hub, it’s important to stop seeing it as a monolith. The continent groups 54 economies and societies with variations as wide, if not wider, than those in Europe and Asia. Three of the five most fragile countries in the world are African, among the many nations there that suffer from high levels of corruption, violent conflict and low levels of education.

But then there are countries like Senegal, Rwanda, Mauritius, Cote D’Ivoire and Botswana that have a strong track record of economic growth, stability and education. Six of the 15 fastest-growing economies in the world are in Africa and the continent has become a must-visit destination for the titans of the U.S. tech industry.

African countries have talent in multiple languages and the youngest population of any continent. By 2055, the continent’s 15-24 year-olds are expected to be more than double the 2015 total of 226 million.

Investment in manufacturing in Africa has long been subdued by the region’s generally poor infrastructure and its sometimes deserved reputation for corruption and crises. Manufacturing’s share of African GDP has hovered around 10Y over the past decade. Africa as a whole only meets about half or less of its $130-170 billion annual infrastructure investment needs, according to the African Development Bank.

But there are signs of change, especially for the region’s economic stars. Between 2005 and 2014, manufacturing production in Africa more than doubled from $73 billion to $157 billion. The strongest growth has come in countries such as Uganda, Tanzania, and Zambia that have track records of prudent economic management and business-friendly reforms.

Business-to-business spending in manufacturing in Africa is projected to reach $666 billion by 2030, more than a third more than in 2015. The launch of the African Continental Free Trade Area in 2018 has created a single market across the continent that marks a major step in encouraging manufacturing and industrialization.

Just as manufacturing shifted from Japan, to South Korea, and then China over decades, industry will continue to gravitate to where wages are cheapest, combined with factors like stability, education levels and ease of doing business. China lost 3.8 million jobs in its urban areas in 2018, a trend that is set to continue as manufacturers are deterred by the country’s rising labor and raw material costs.

The World Bank’s latest figures on net income levels per capita are a good guide to understanding which countries are next in line to attract more manufacturing investment.

Attracting manufacturing activity is a big opportunity for these countries to reach the next rung of economic development to a level more like that of Brazil or Indonesia.

Already some countries are gaining footholds in oil refining, garments and textiles, agriculture processing, automobiles and pharmaceuticals. For instance, the Spanish drug maker Grifols announced a manufacturing plant in Morocco and Volkswagen is building assembly plants in Ghana and Nigeria and doing skills development labor force work in Ethiopia.

General Electric, which has had operations in Nigeria for four decades, plans to spend $1 billion there by 2023 to strengthen its manufacturing and product services, in particular power generation as well as oil & gas exploration and production.

Sweden’s H&M and Ireland’s Primark already source much of their garment materials from countries like Ethiopia and even luxury producers are starting to acknowledge opportunities for small-scale production in Africa, such as New York’s Beyond Good chocolatier, formerly Madecasse, which has expanded its workforce in Madagascar.

Still, African economies are far from guaranteed a share of the manufacturing bounty. For one, their greatest challenge is educating a much larger proportion of its labor force and making sure it has the skills to prosper in manufacturing.

They will have to compete hard with Asian countries such as Nepal and Bangladesh who can go toe-to-toe with them on wages. Still, it’s a trend that deserves the support of businesses and of foreign governments.

Putting aside the benevolent goal of poverty reduction, the United States has a strategic interest in engaging more with African countries to help them take advantage of manufacturing opportunities.

For too long Washington has ceded influence in Africa to former colonial powers and increasingly to China and Russia, which has poured investments and loans into the continent over the past decade.

The future strength of our own economy is going to rest on having deep ties with countries that are the sources of plentiful, low-wage, skilled labor.

Tom McMakin is the CEO of PIE, an outsourced business development service focused on helping professional services firms to learn to sell better. He was a Peace Corps volunteer in Cameroon and once walked 1800 miles across the continent.

To view the complete article as published in Industry Week click HERE.